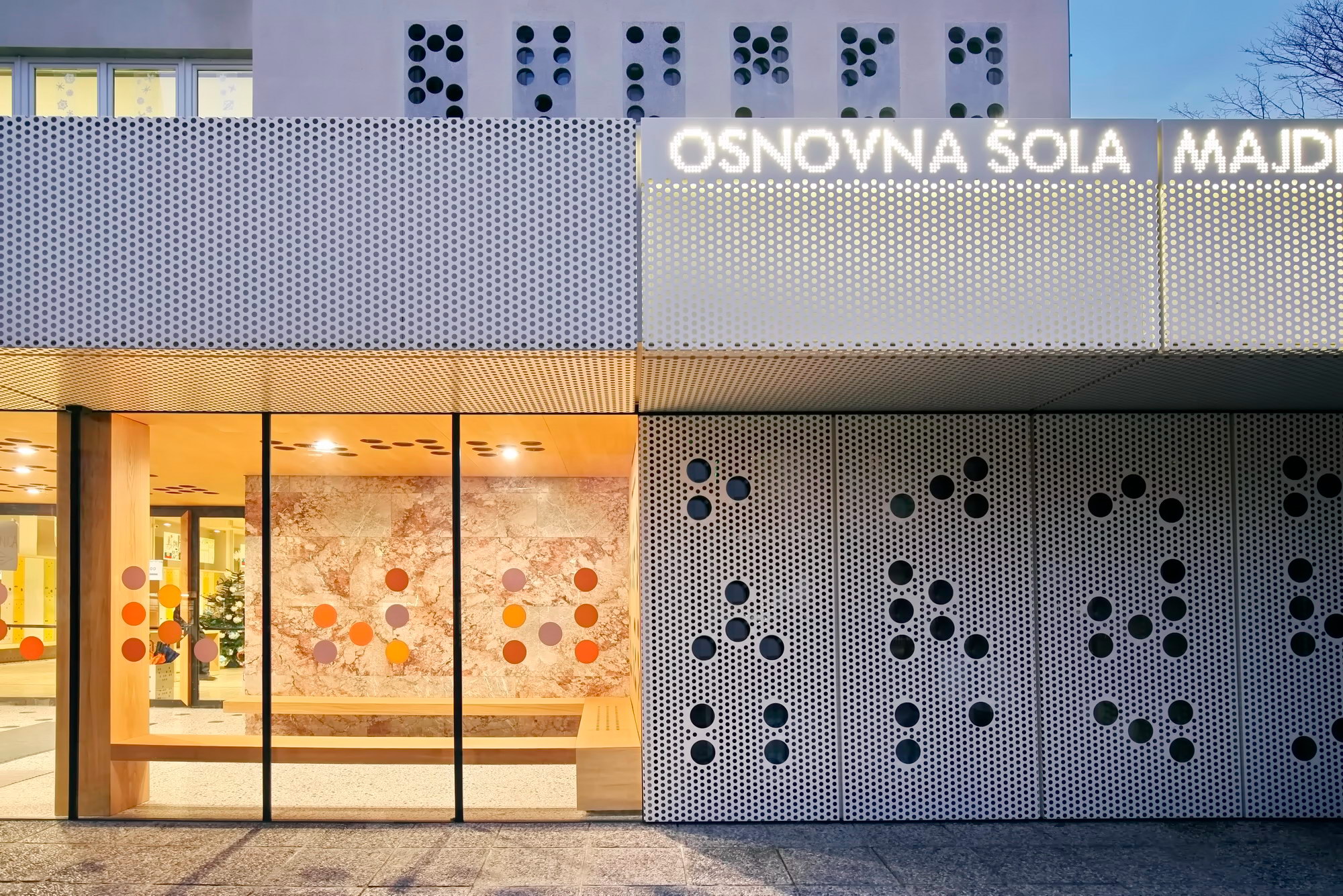 'In the non-corridor system in the building, we suddenly get space. Instead of a multitude of narrow corridors, one large, bright, useful space is created. Only corridors connect spaces inside the buildings. People flow is limited between windows and walls. They are forced to move only in the direction which is possible. Therefore, whenever we find ourselves in such corridors, we are subconsciously forced to exit as quickly as possible. But you know, the bigger is the building, the longer and more wrapped are the corridors in it. In the non-corridor system, there are no long corridors and unnecessary yards in buildings'. An excerpt from a conversation with architect Emil Navinsek in 1974, published in the “Tovariš magazine”, an article by Alenka Bibič under the title "40000 hours of some doubt". The project involves rearrangement of the façade, the reorganization of an entrance, a central hall, a dining room and the school kitchen of the Majda Vrhovnik elementary school building done by architect Emil Navinsek. The project follows initial concept, distinguished by a bright and communicative hall with a lobby, the space of everyday meetings and interactions between children and parents. The entrance, lobby and dining room cross are functionally and visually connected into a single space. It preserves and respects design and emphasizes it also outwardly. The new façade is transparent, a combination of glass and the shading elements represented by the perforated metal facade. Part of the side entrance, due to additional space needs, it was rebuilt into a warehouse sports equipment. Therefore, in this part façade membrane becomes almost opaque unique appearance. The game of geometric patterns - circles in perforation – creates dialogue with a typical Navinsek element of concrete brushes in front of windowservice spaces. The same design principle also appears in colored combinations as print on the glass and cutouts in the equipment of the lobby and the dining room. Materials and colors are warm and at the discretion of children. Wooden elements on the ceiling have built-in lights, all the necessary installations, fire alarm and create appropriate acoustic. 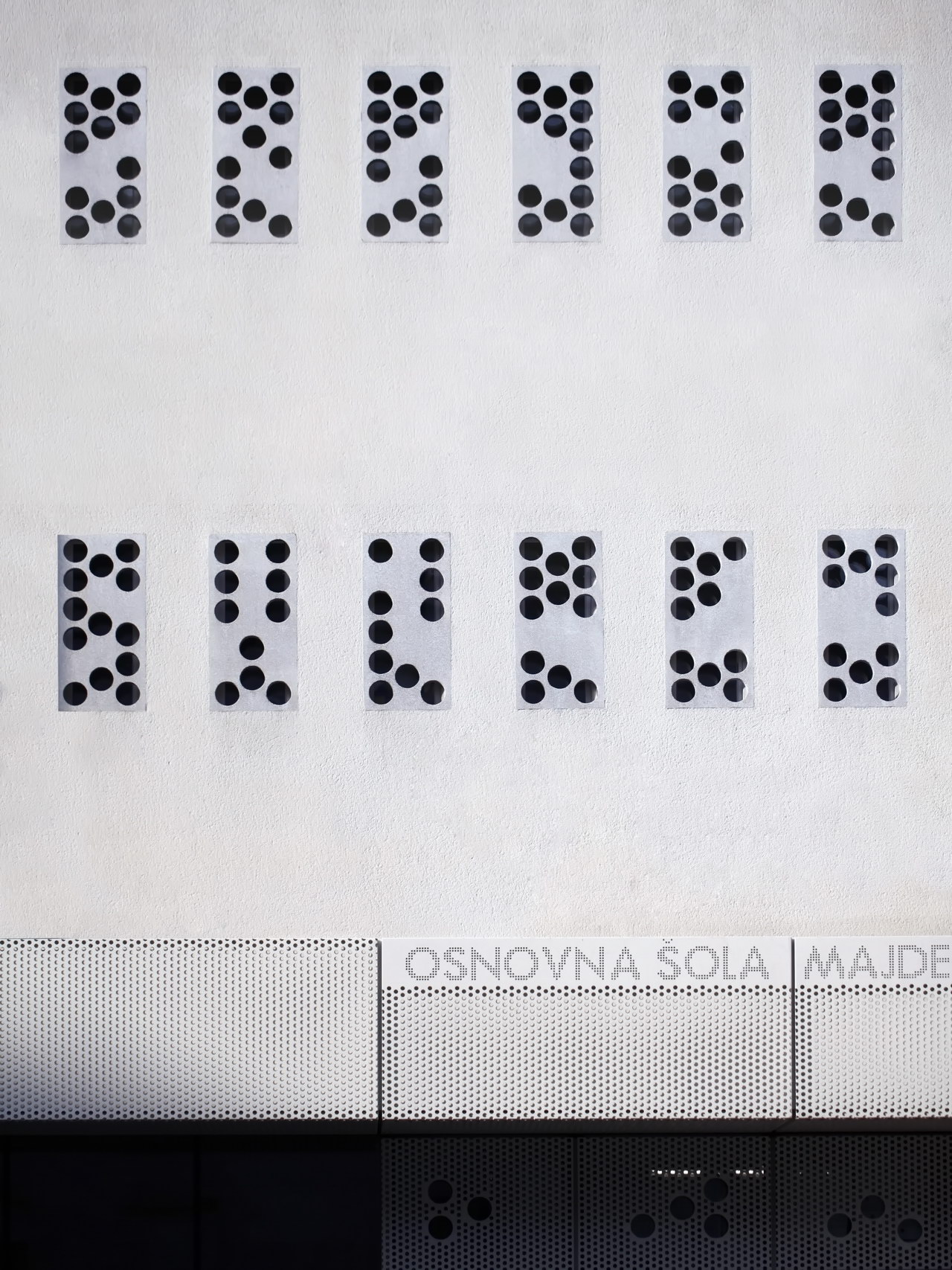 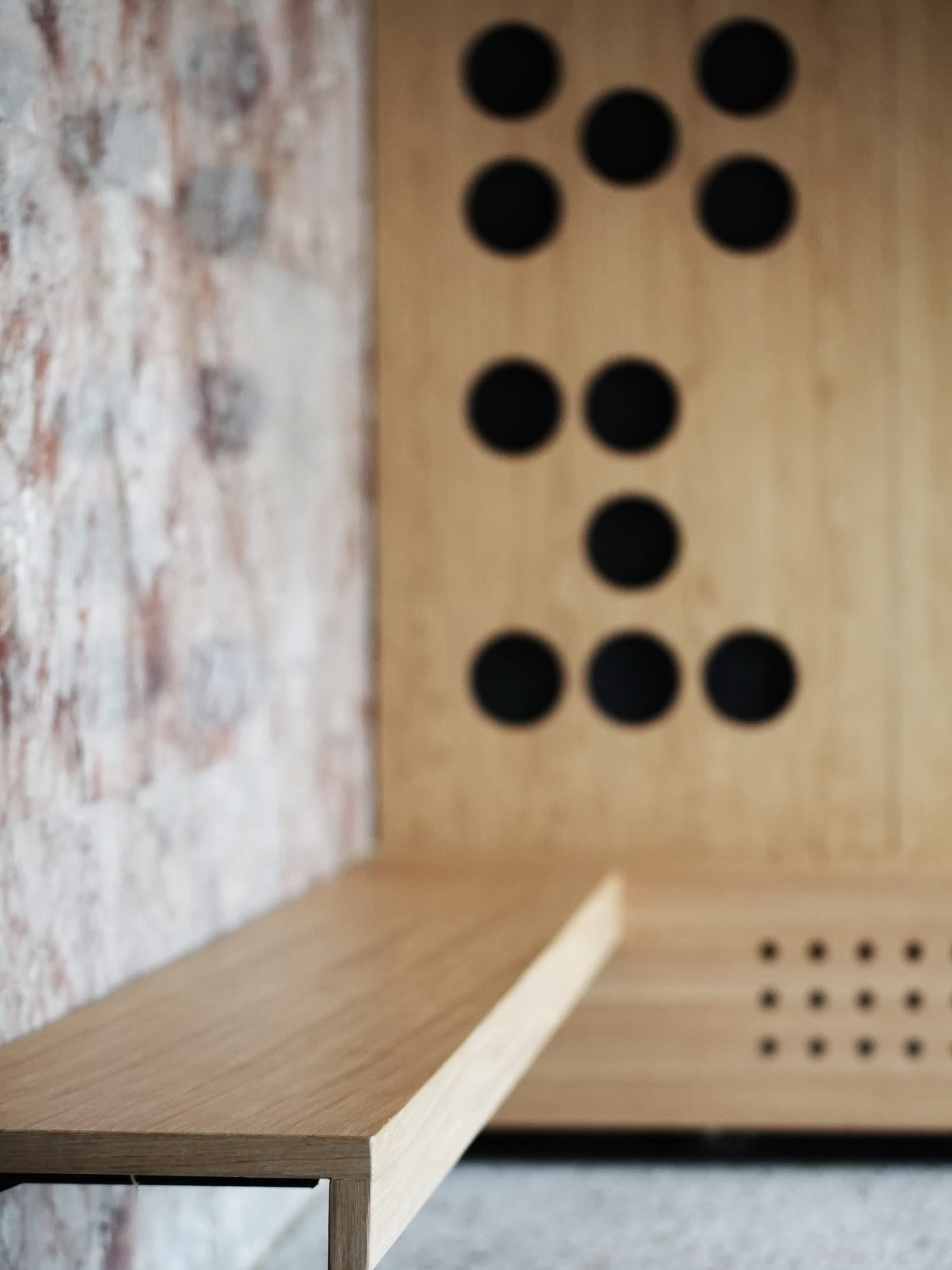 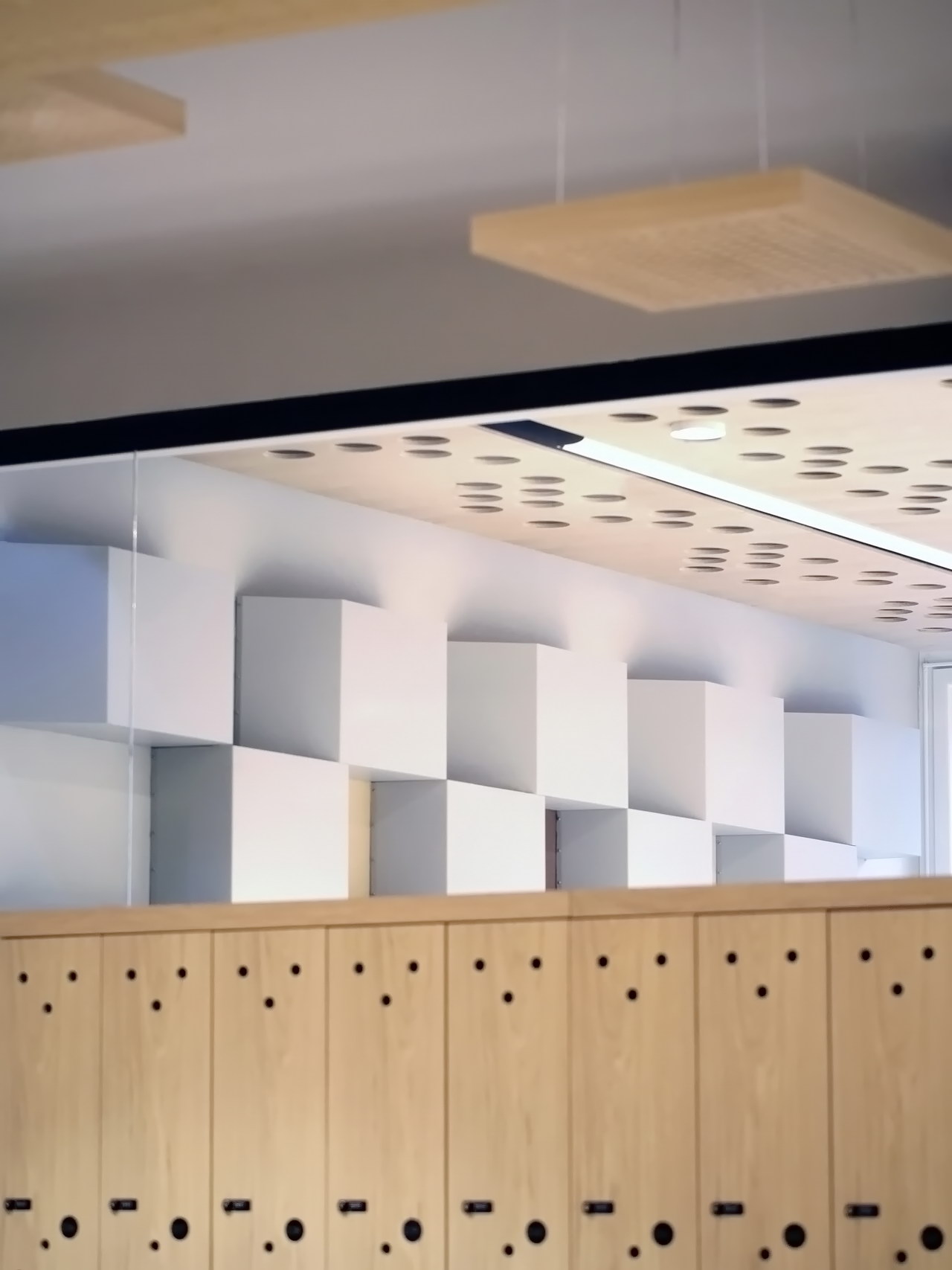 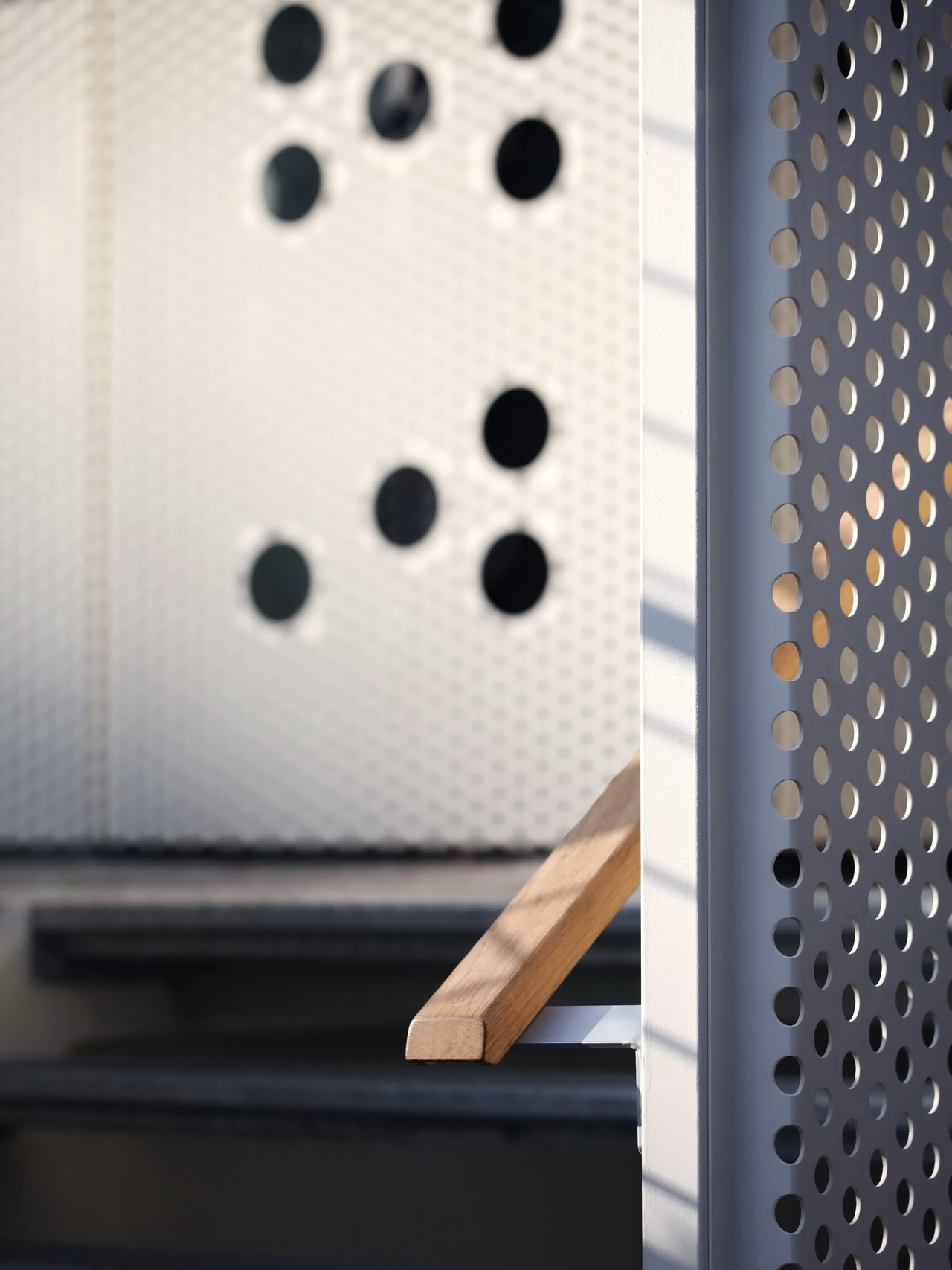 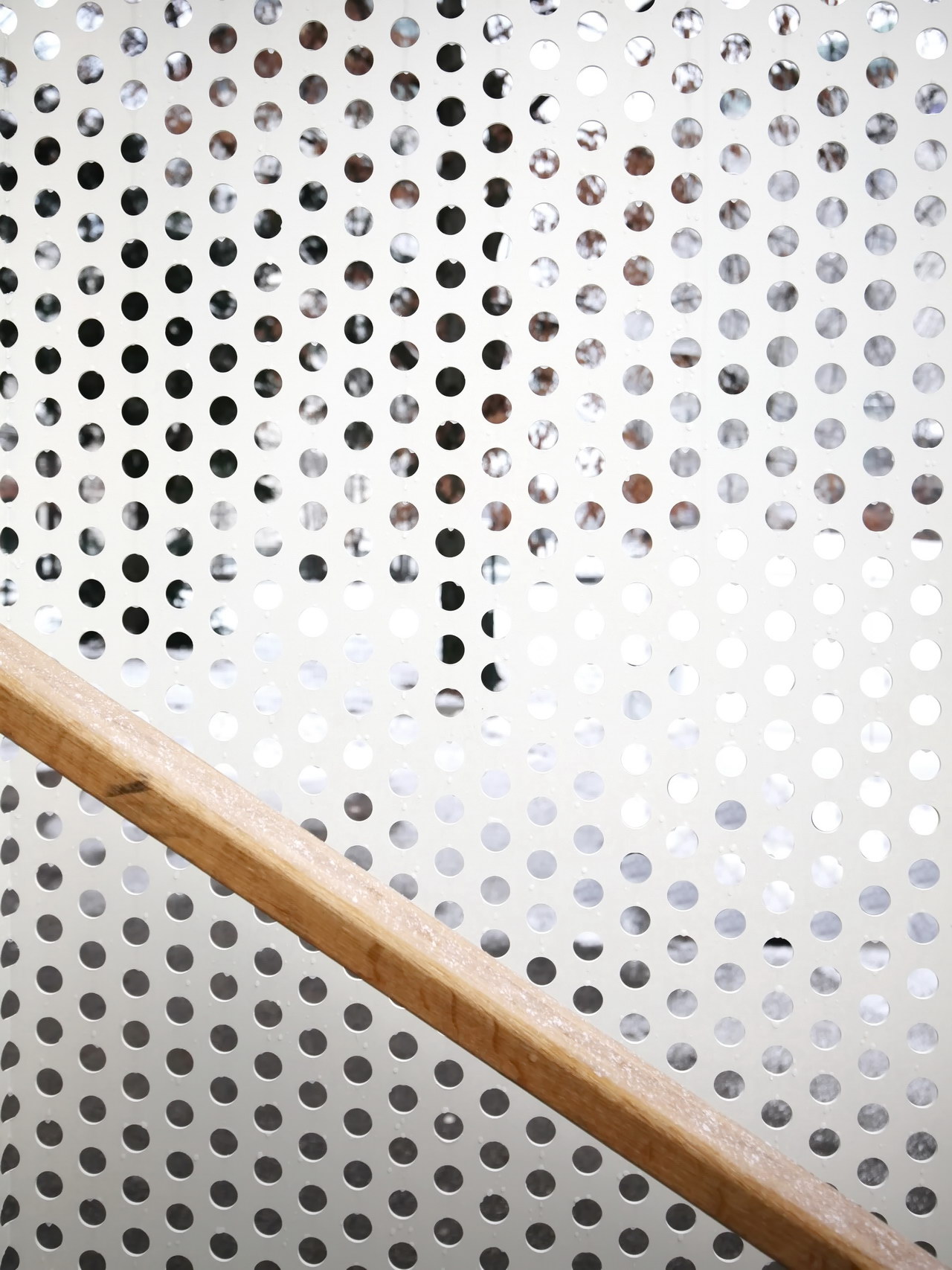 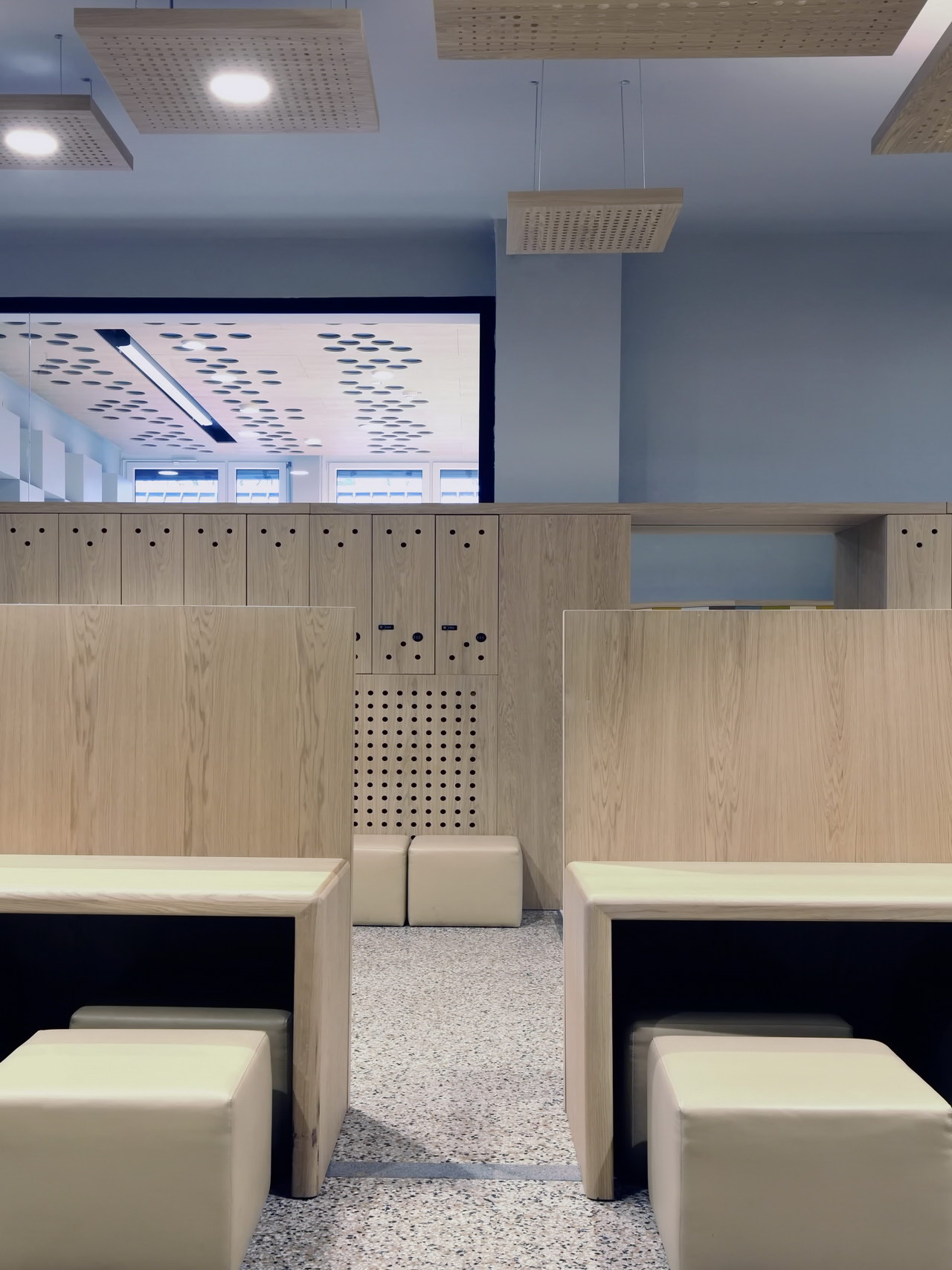 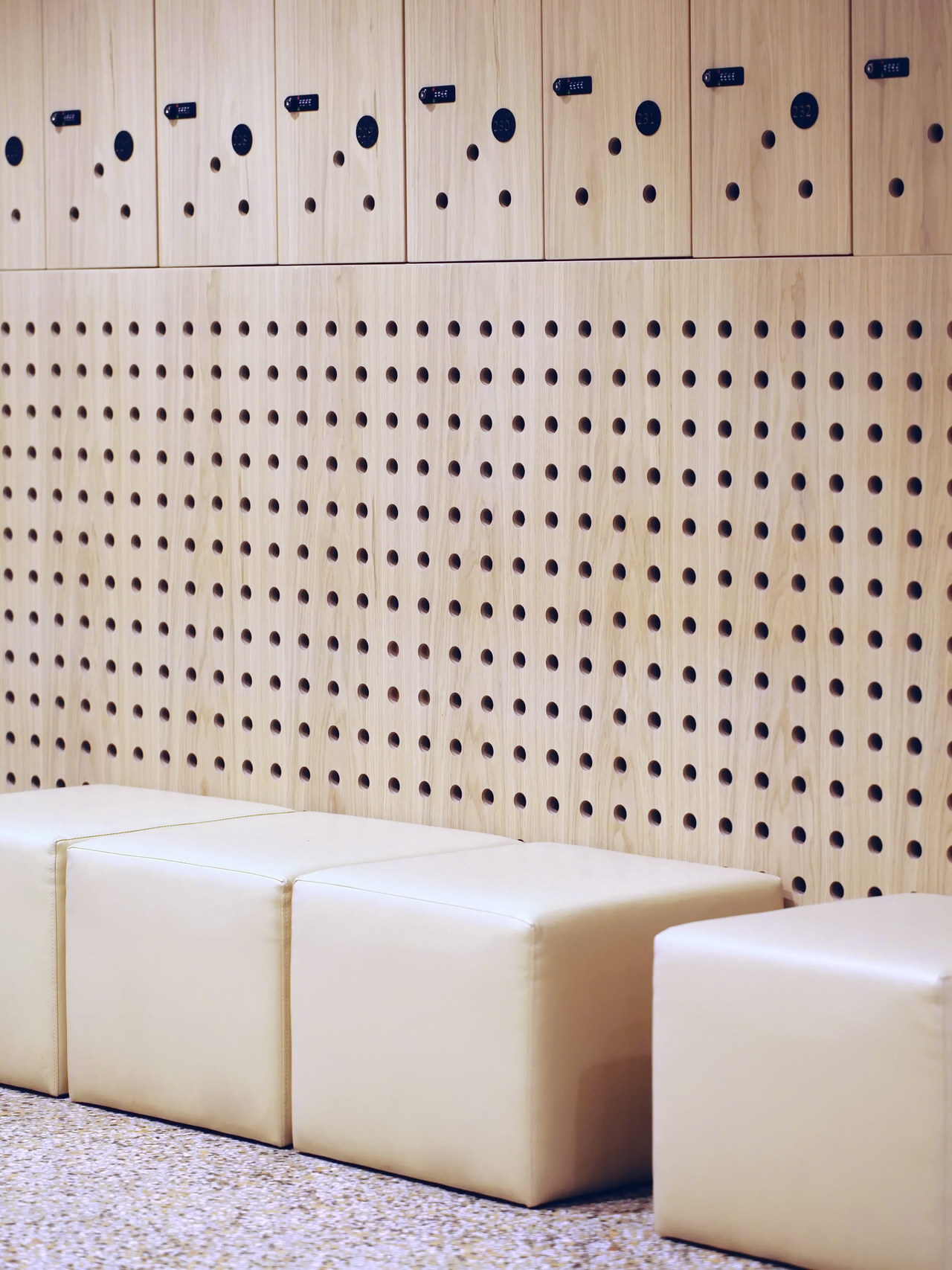 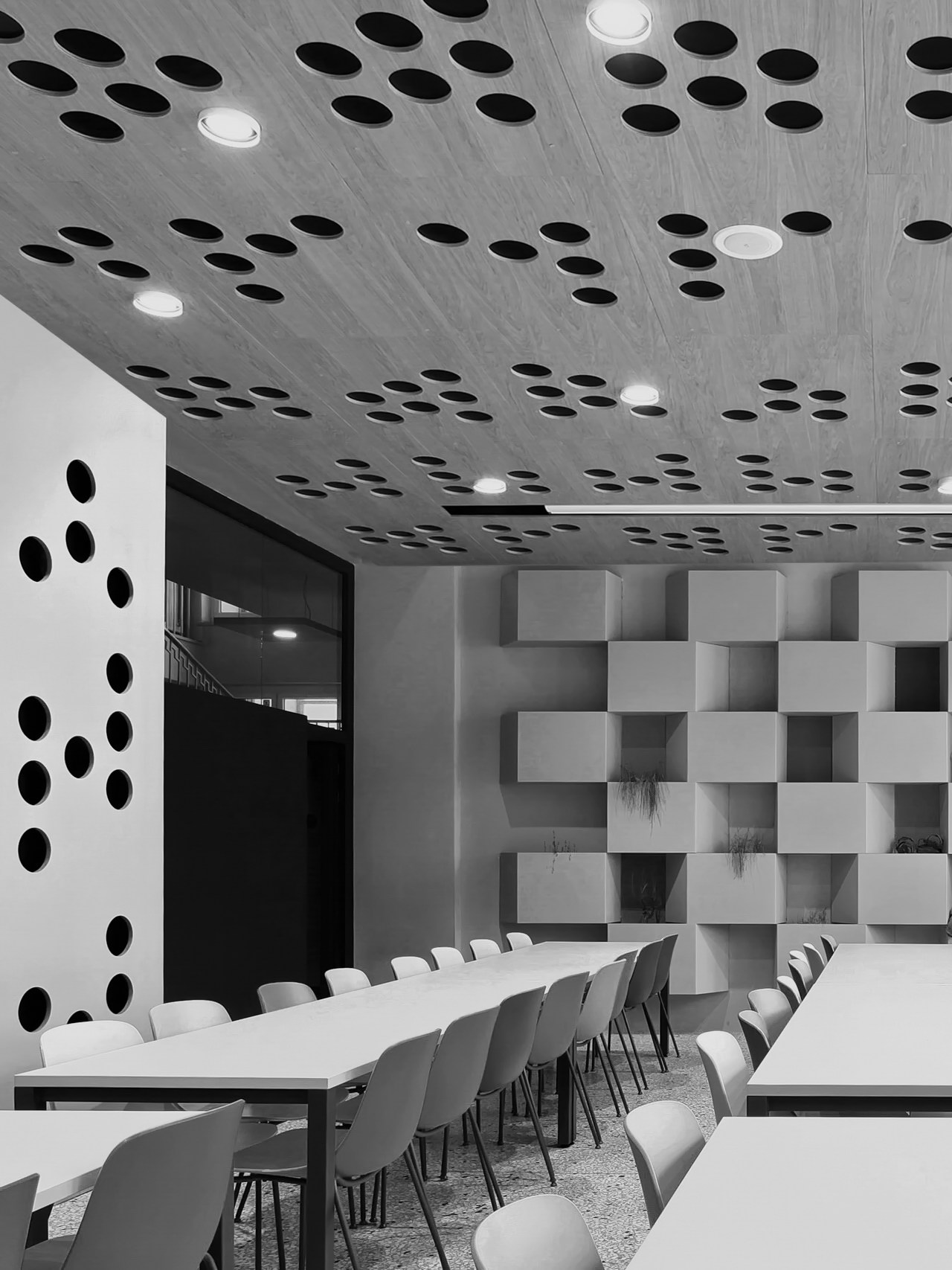 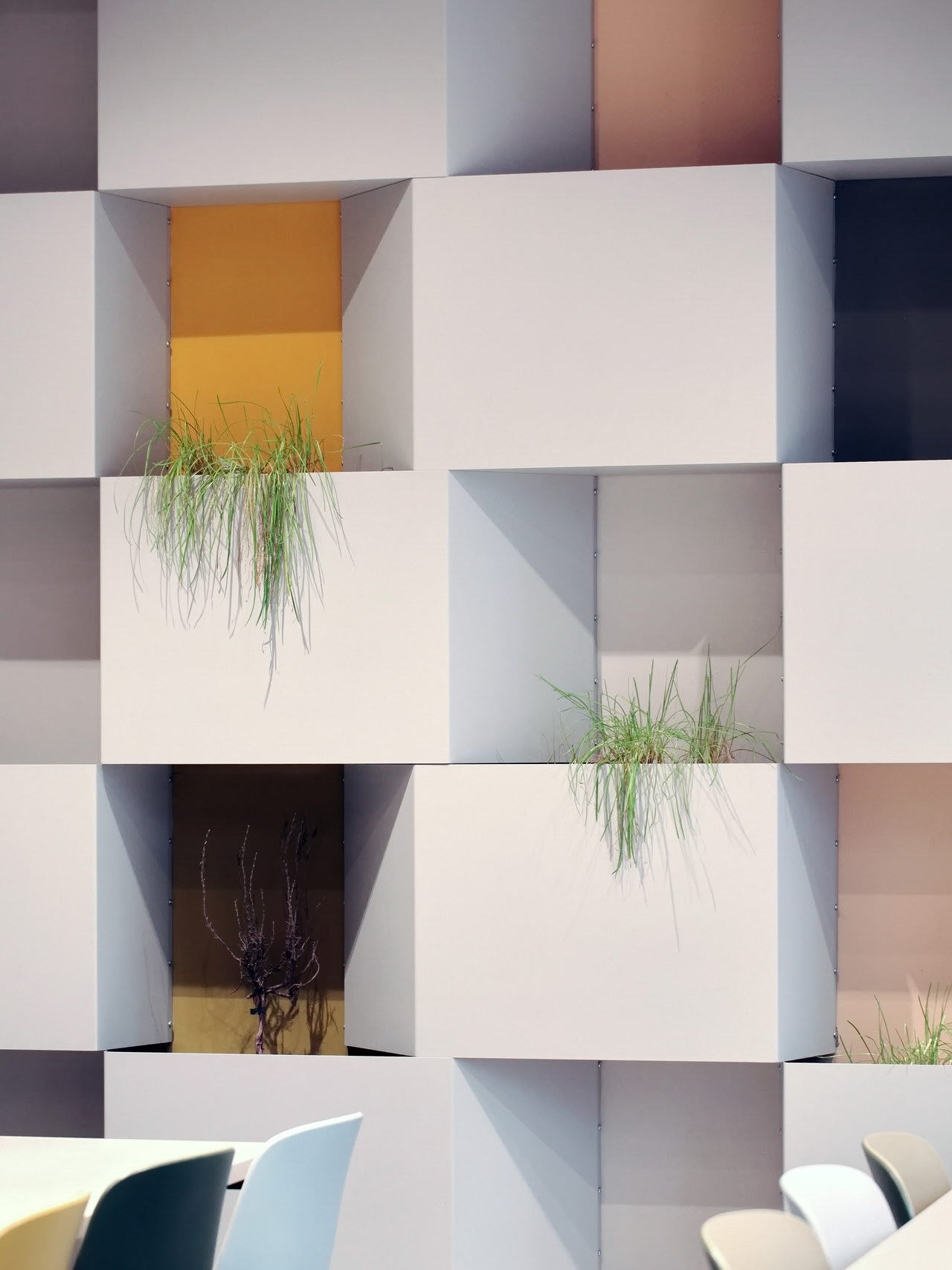 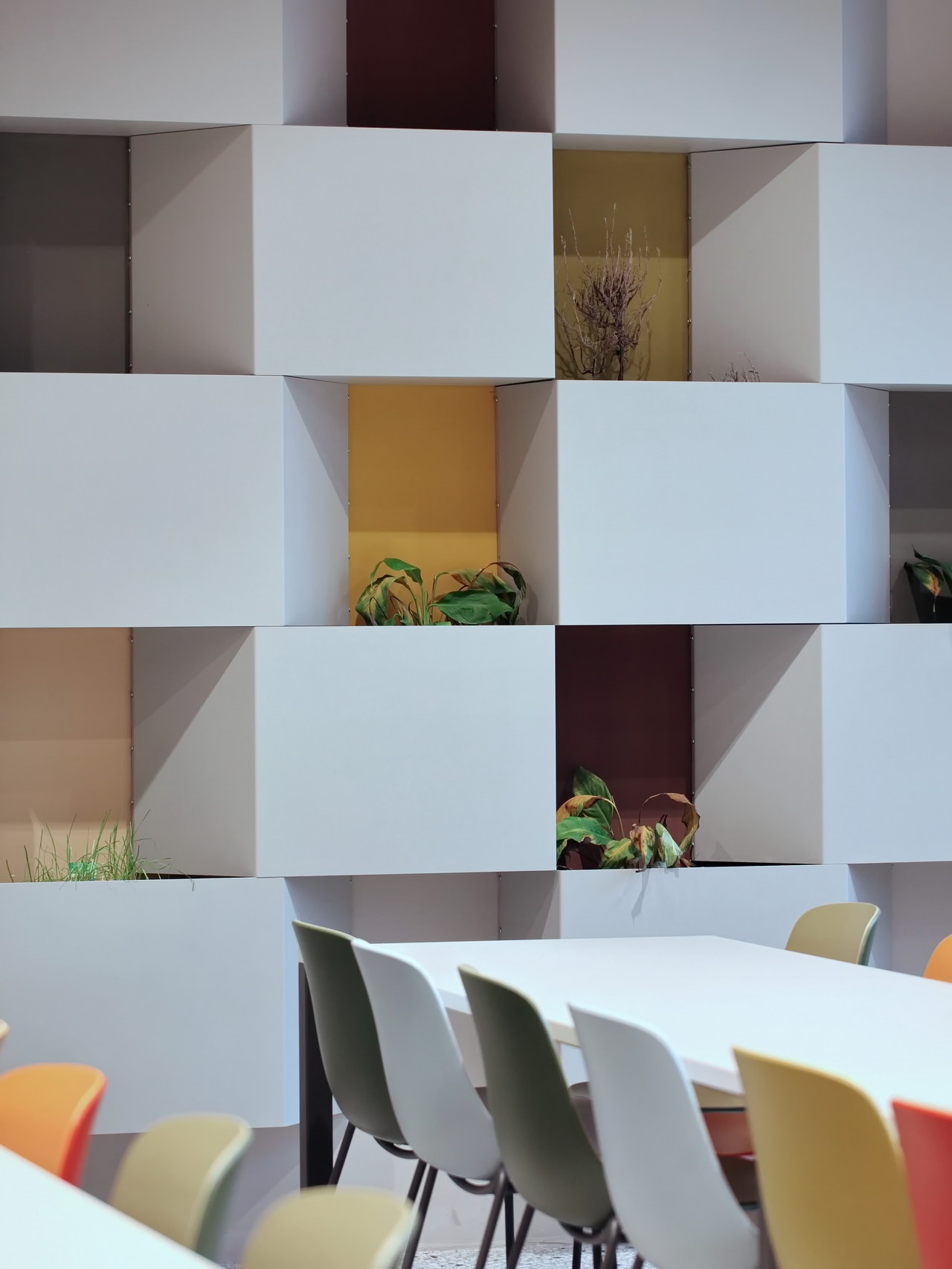 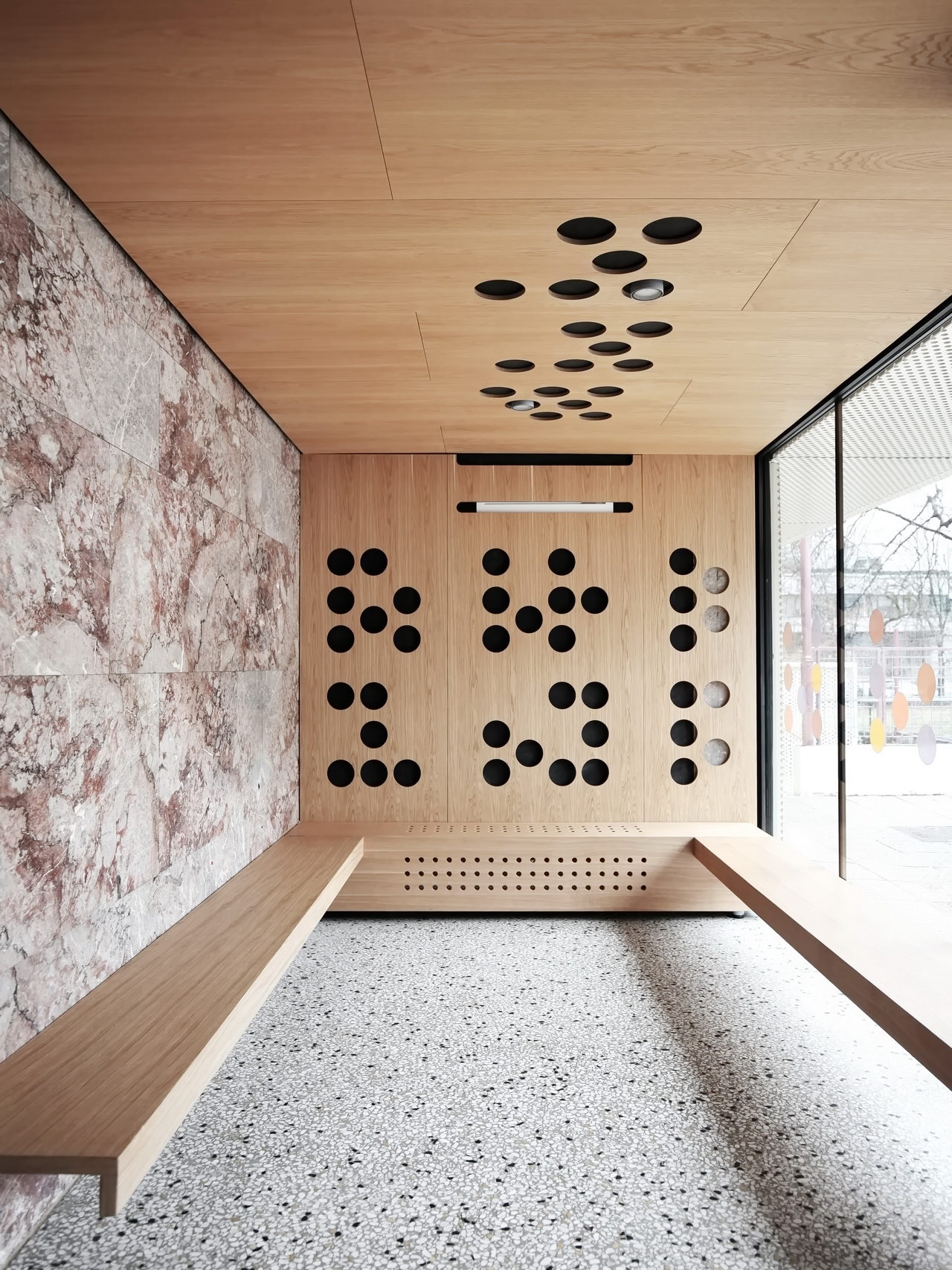 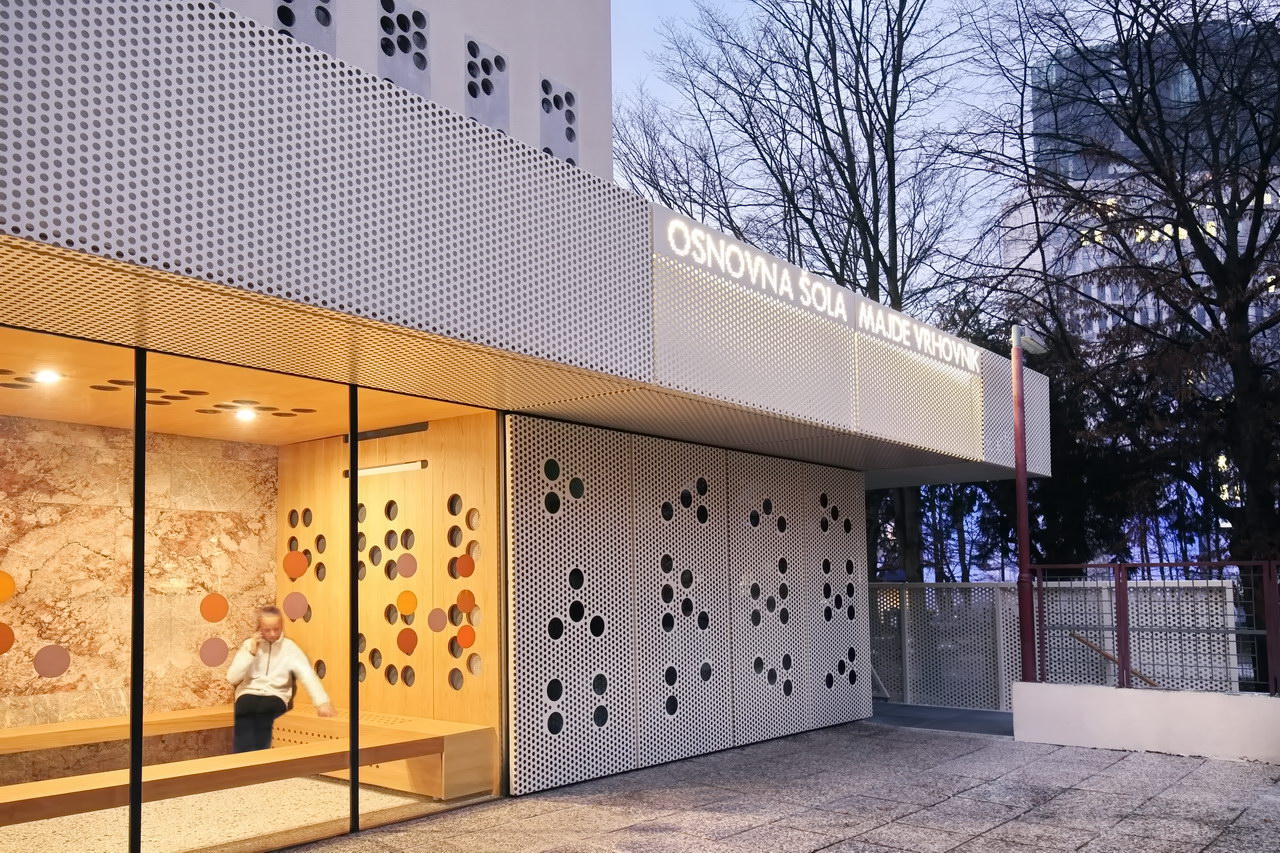 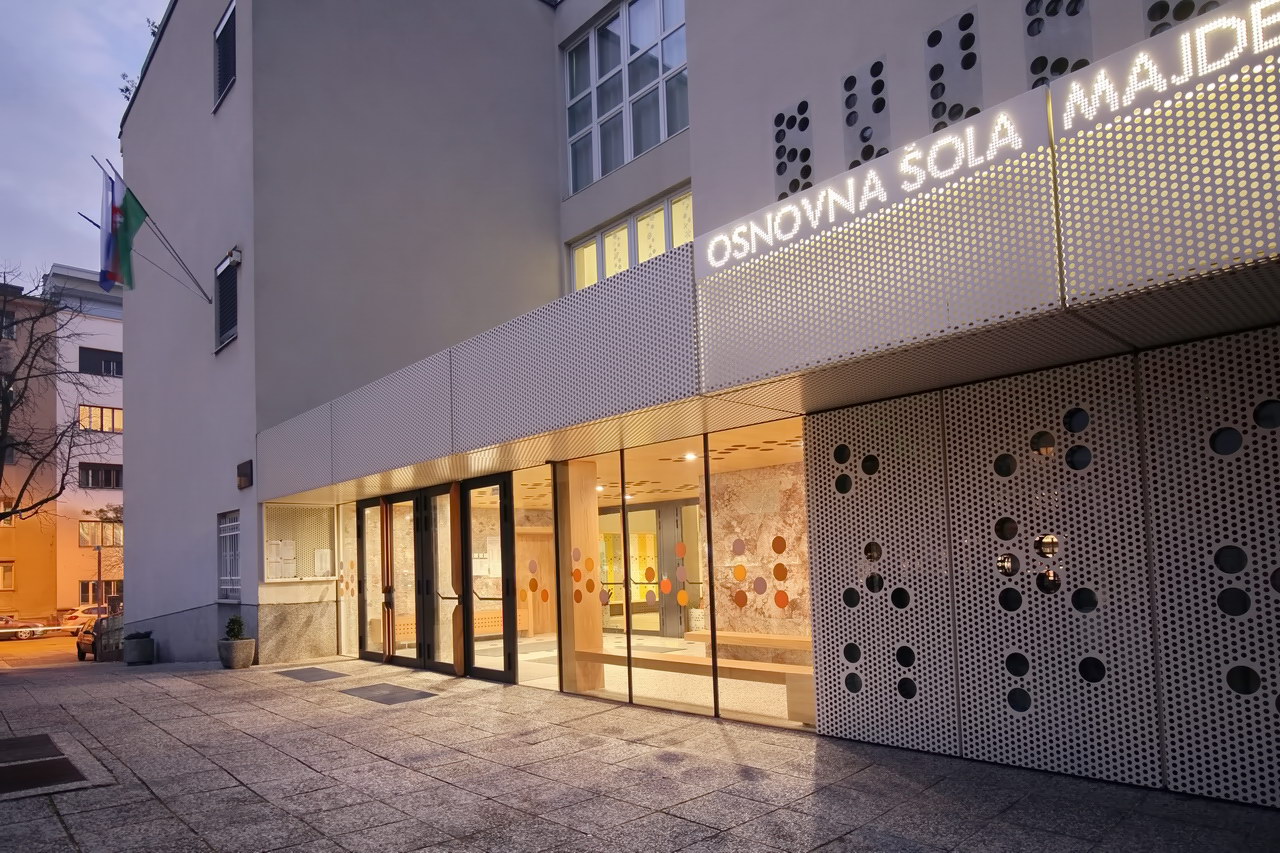 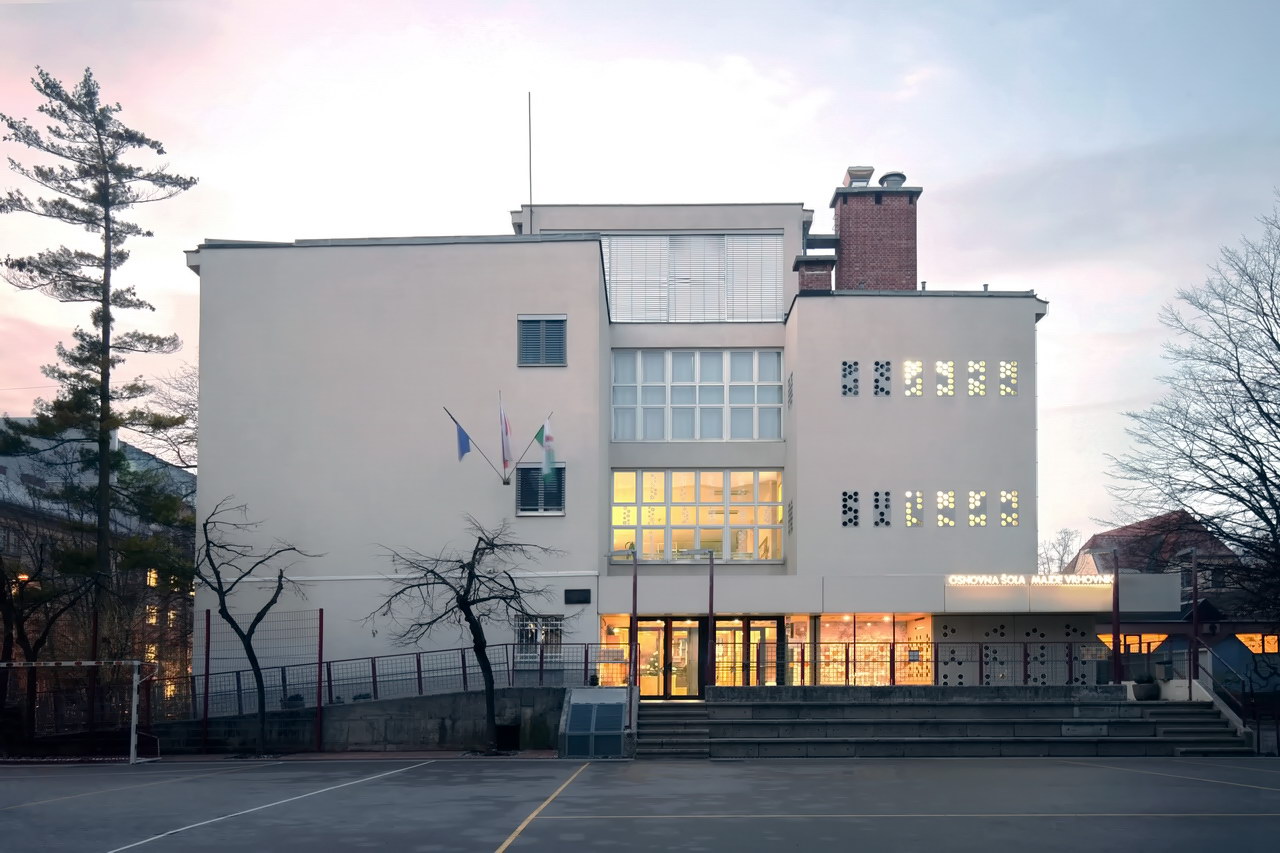 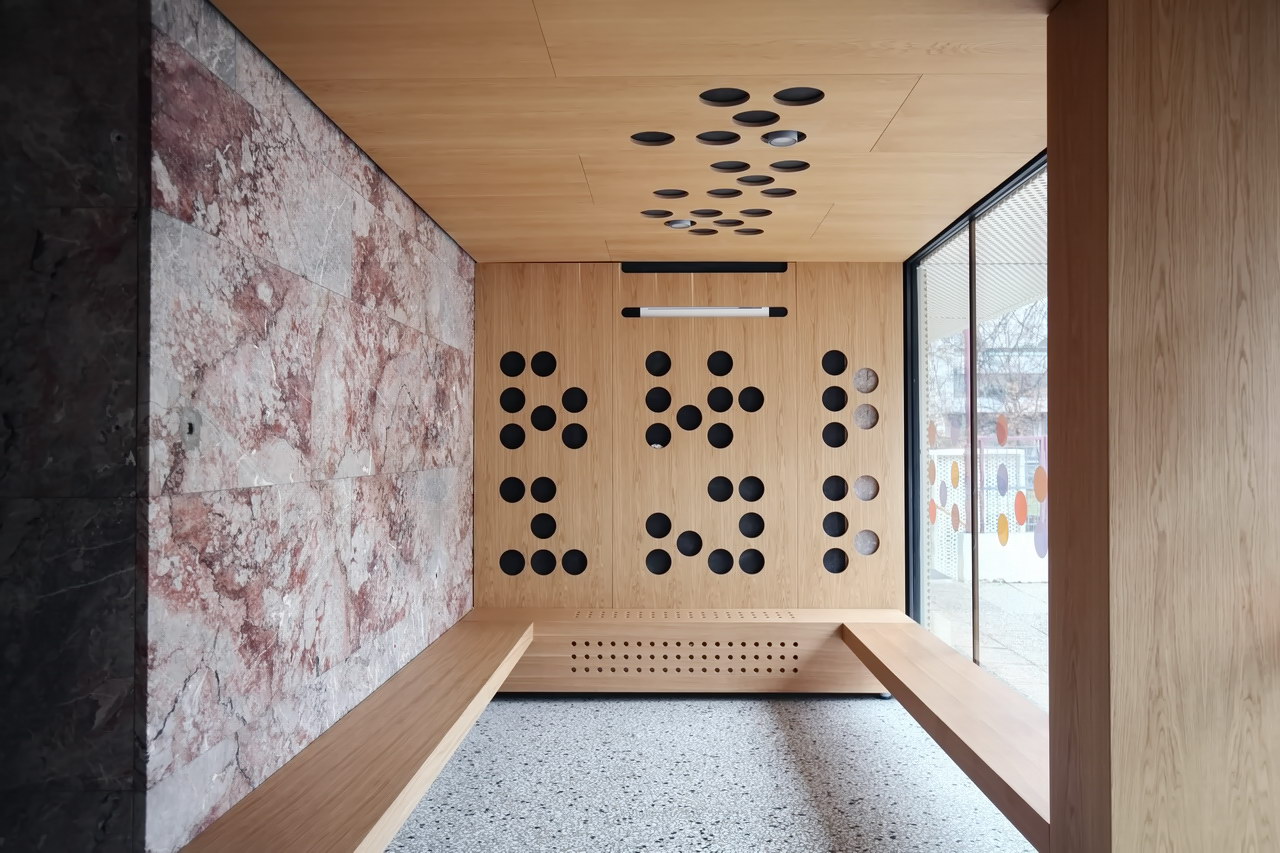 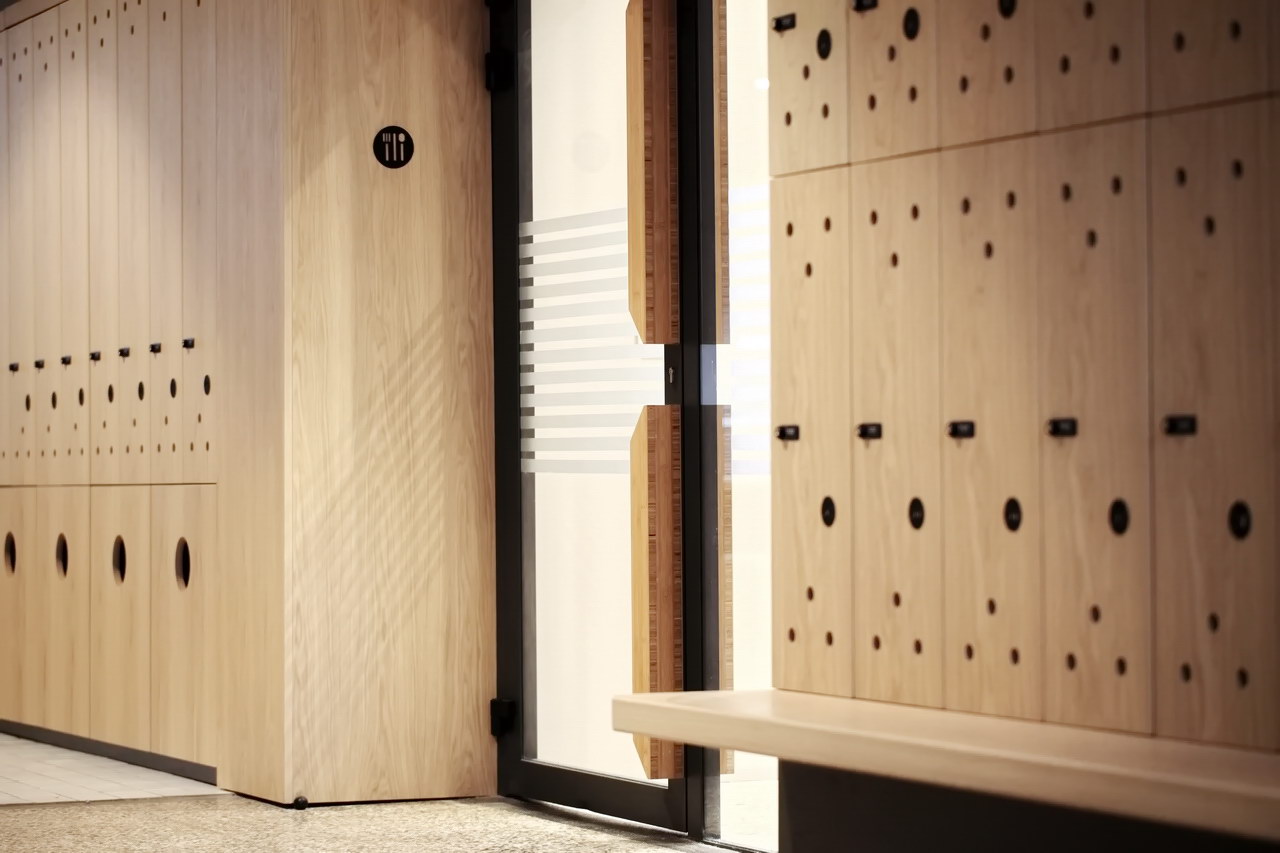 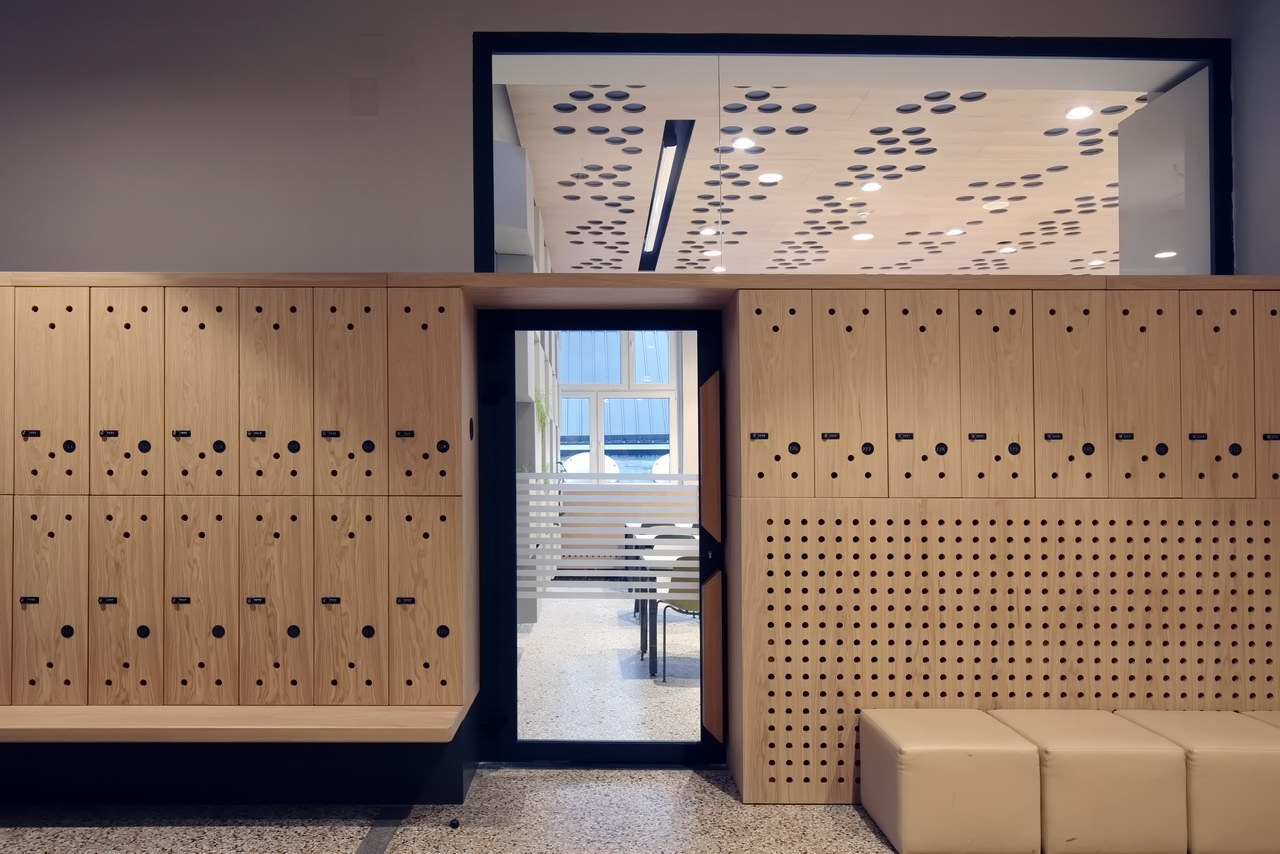 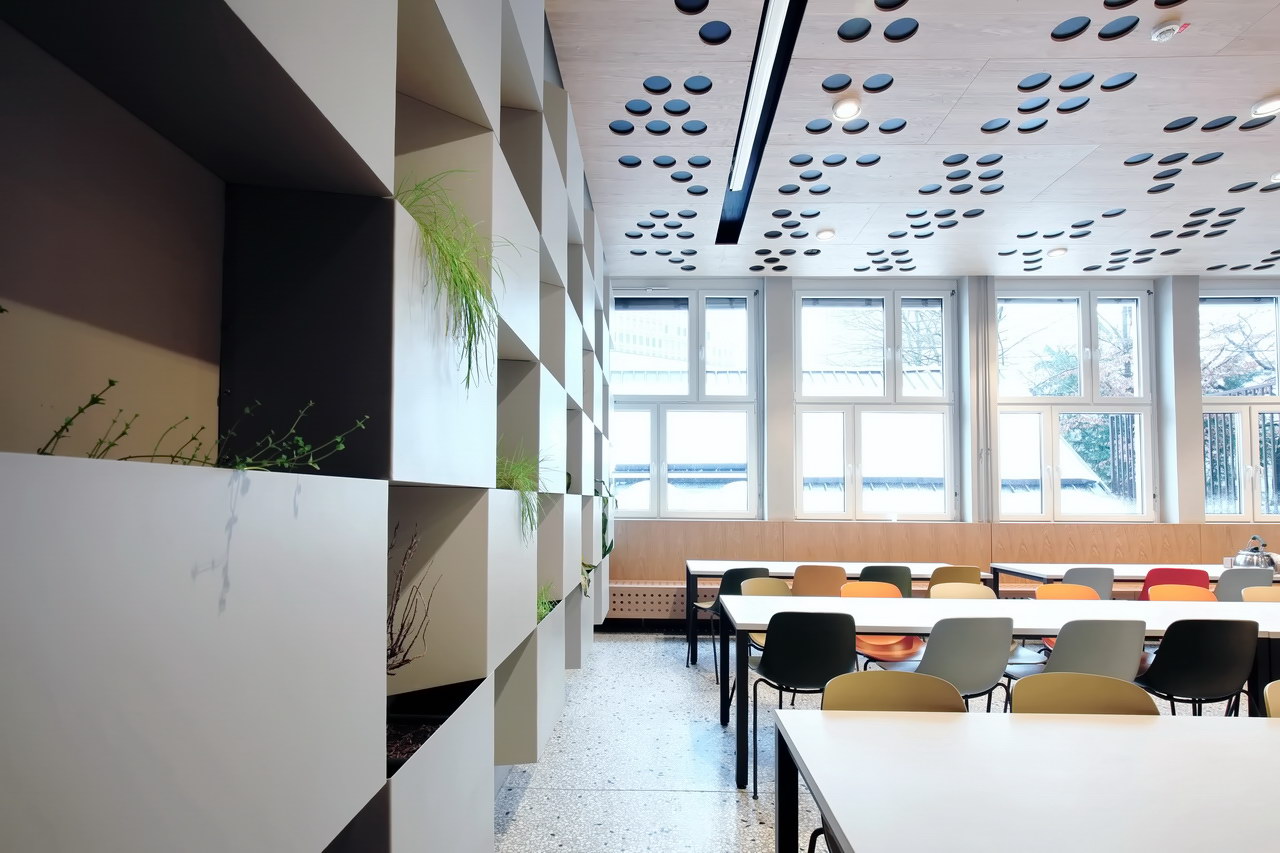 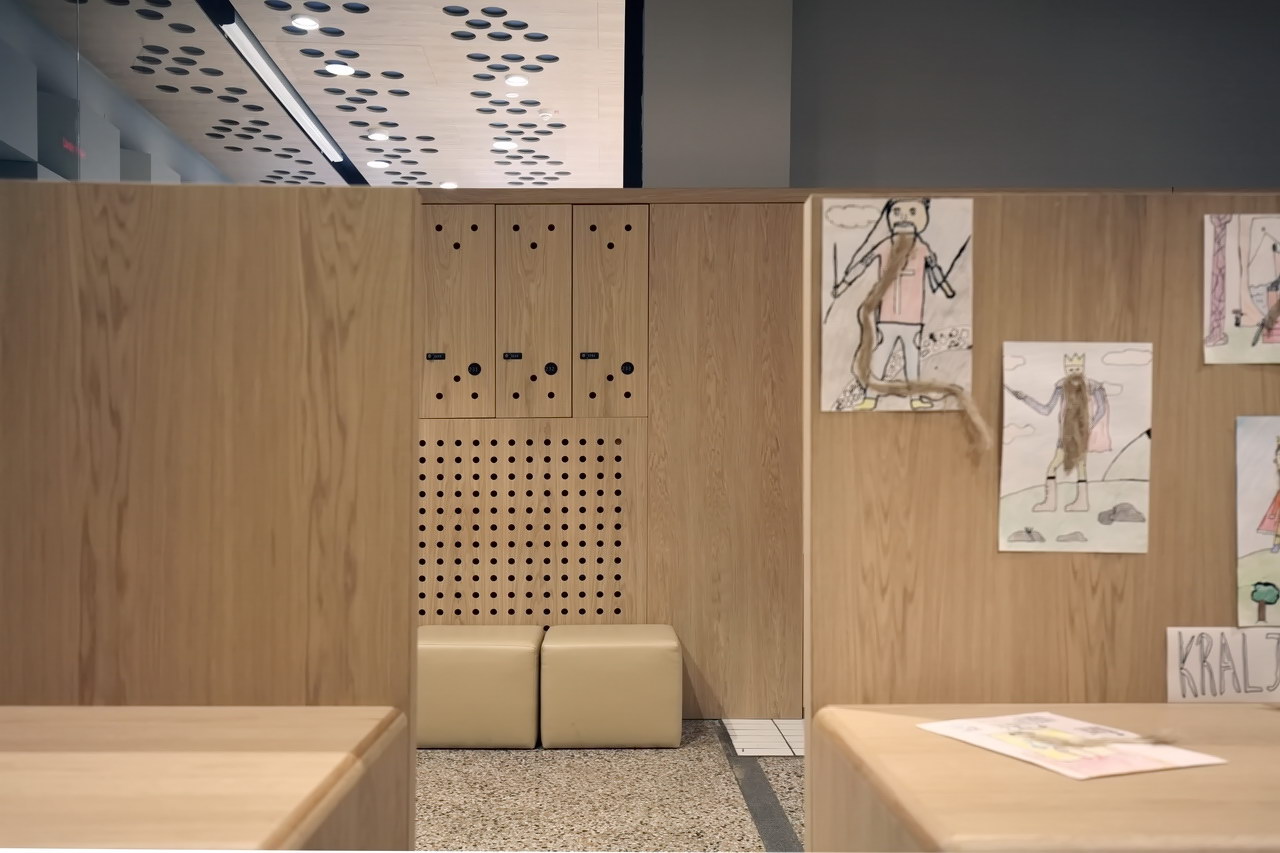 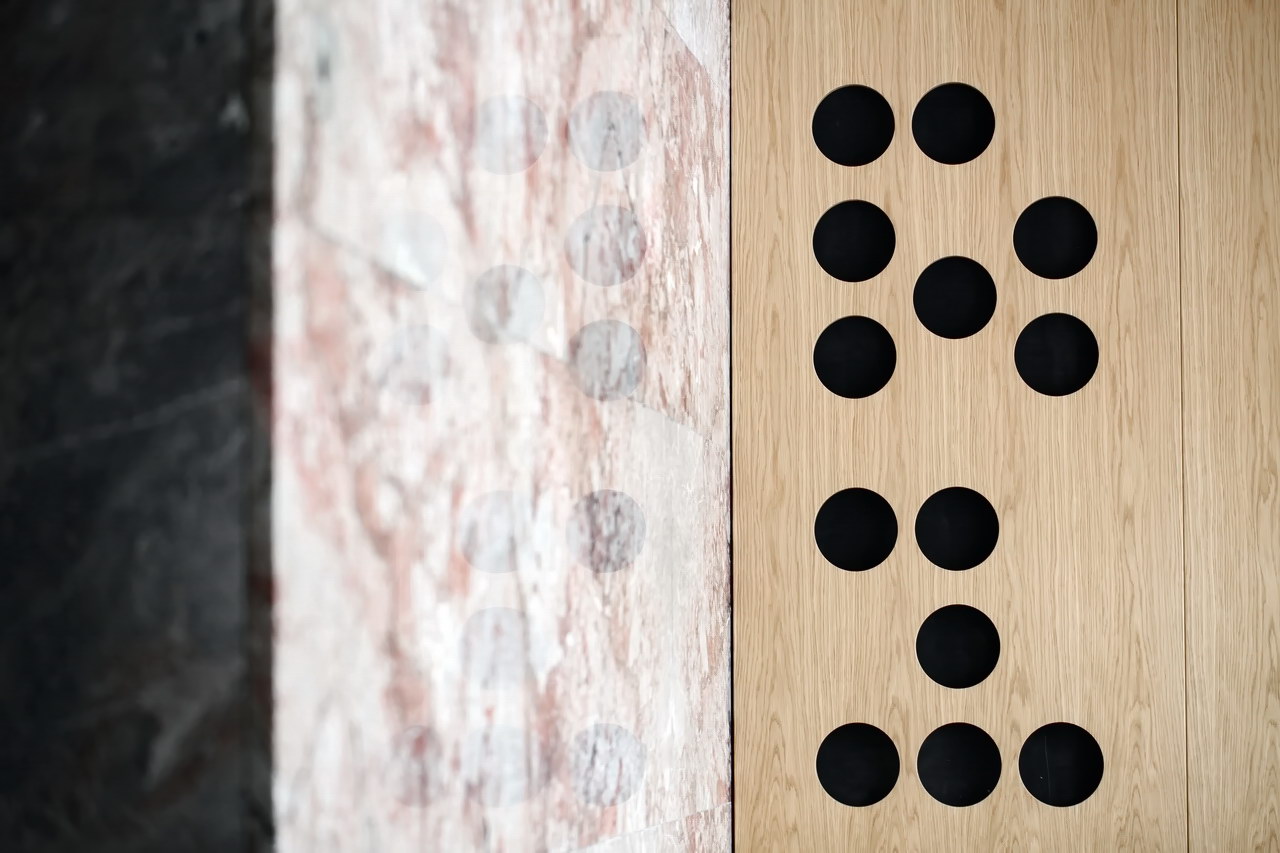 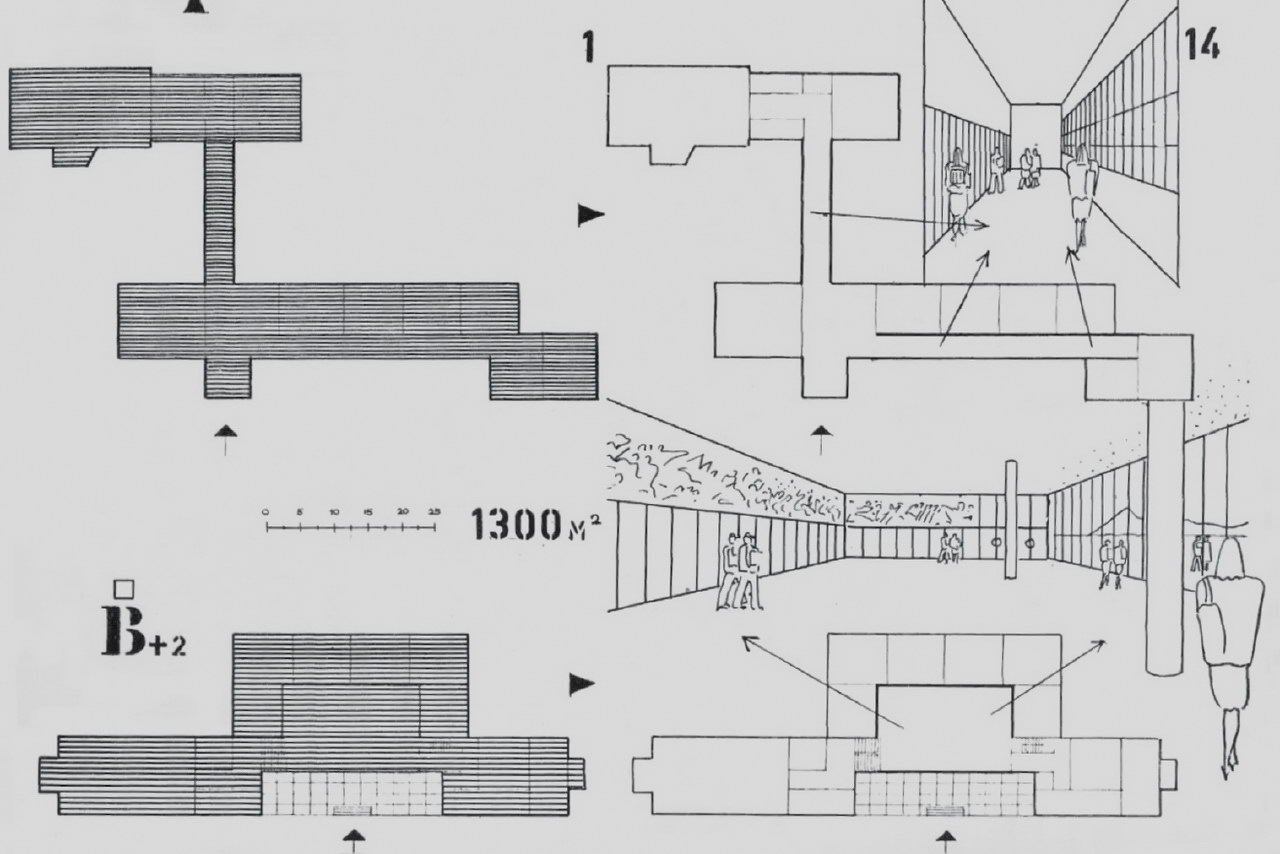 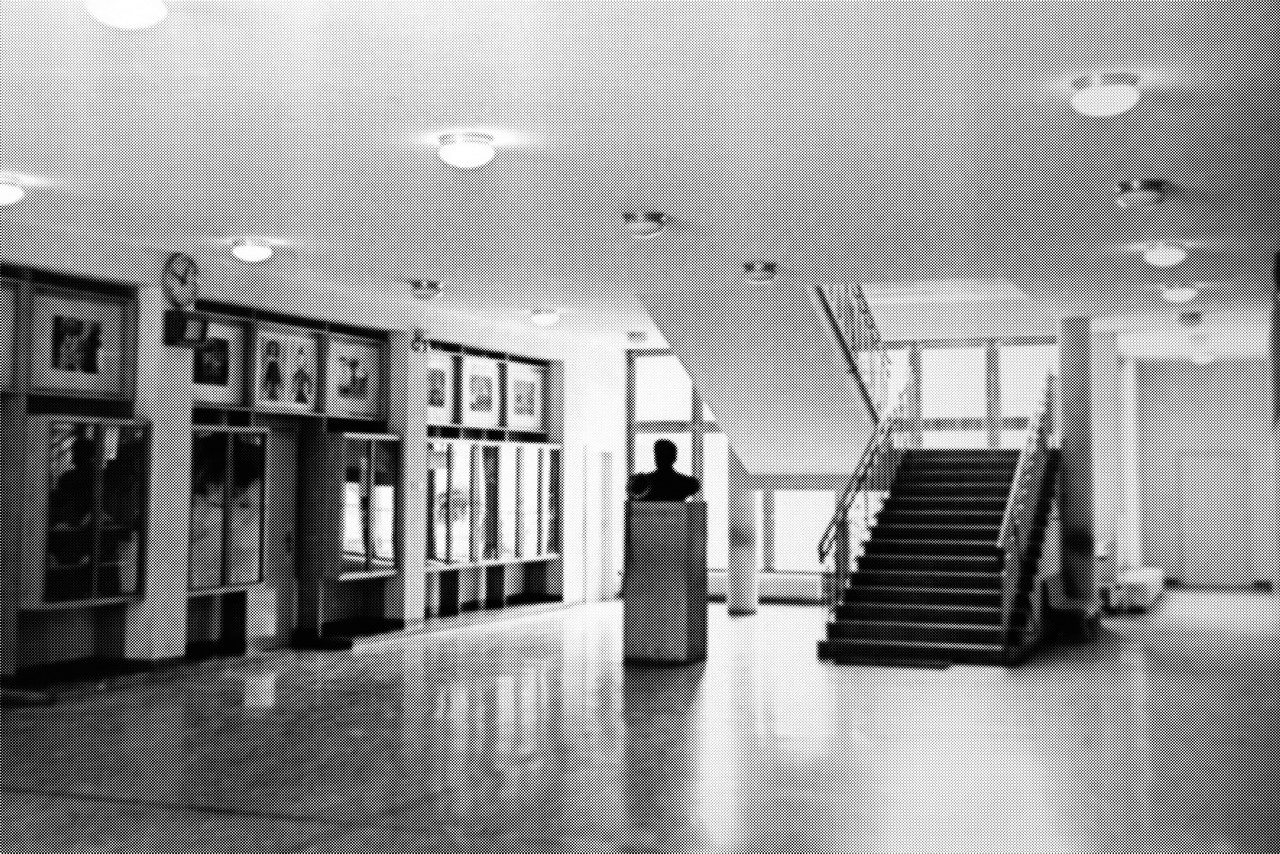 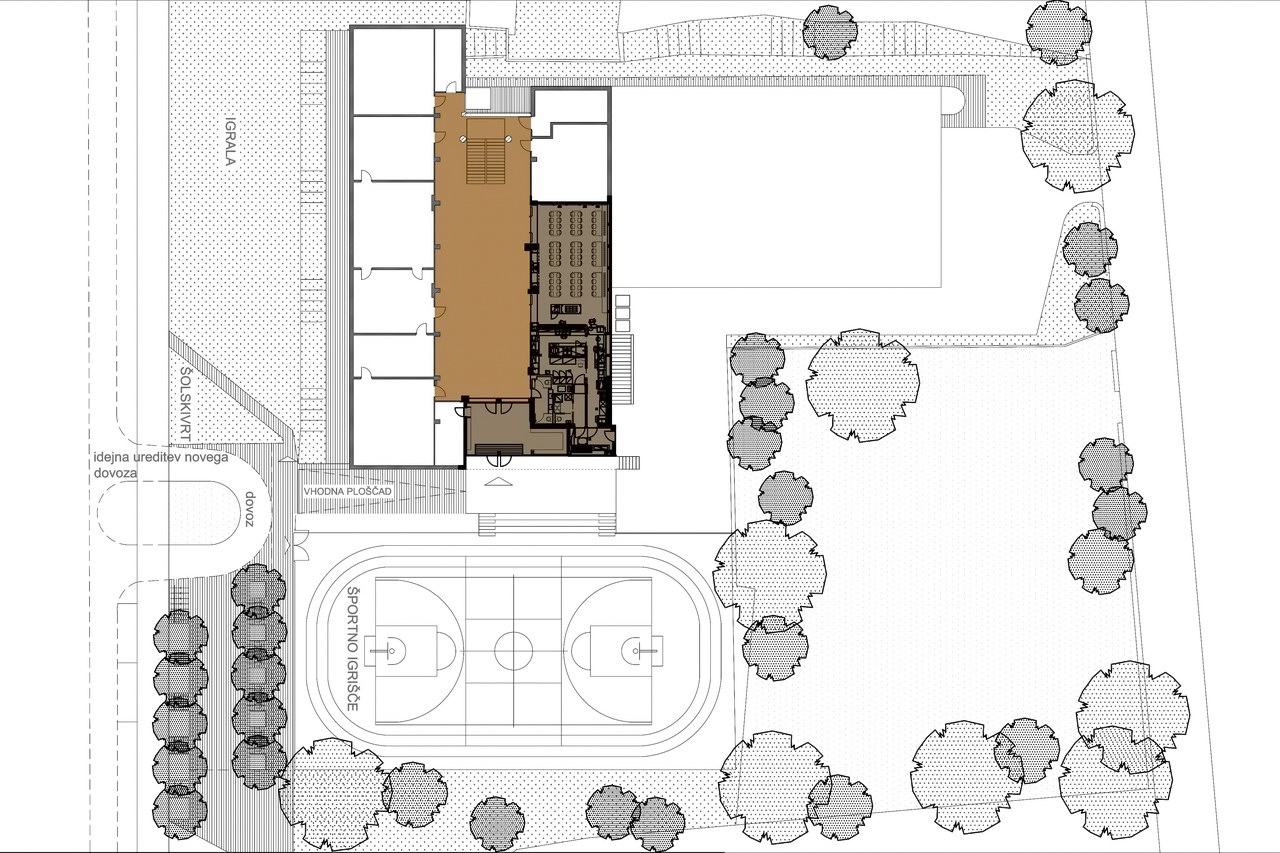 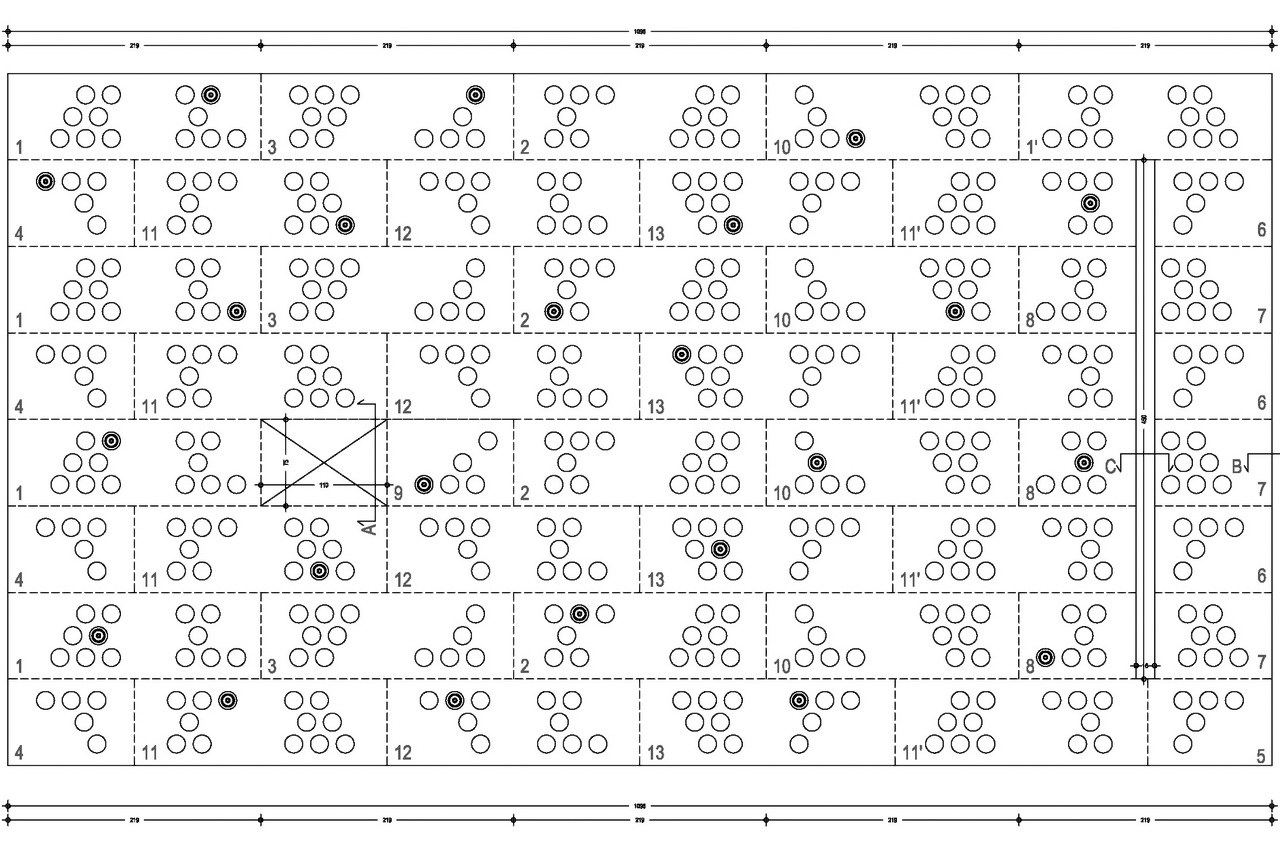 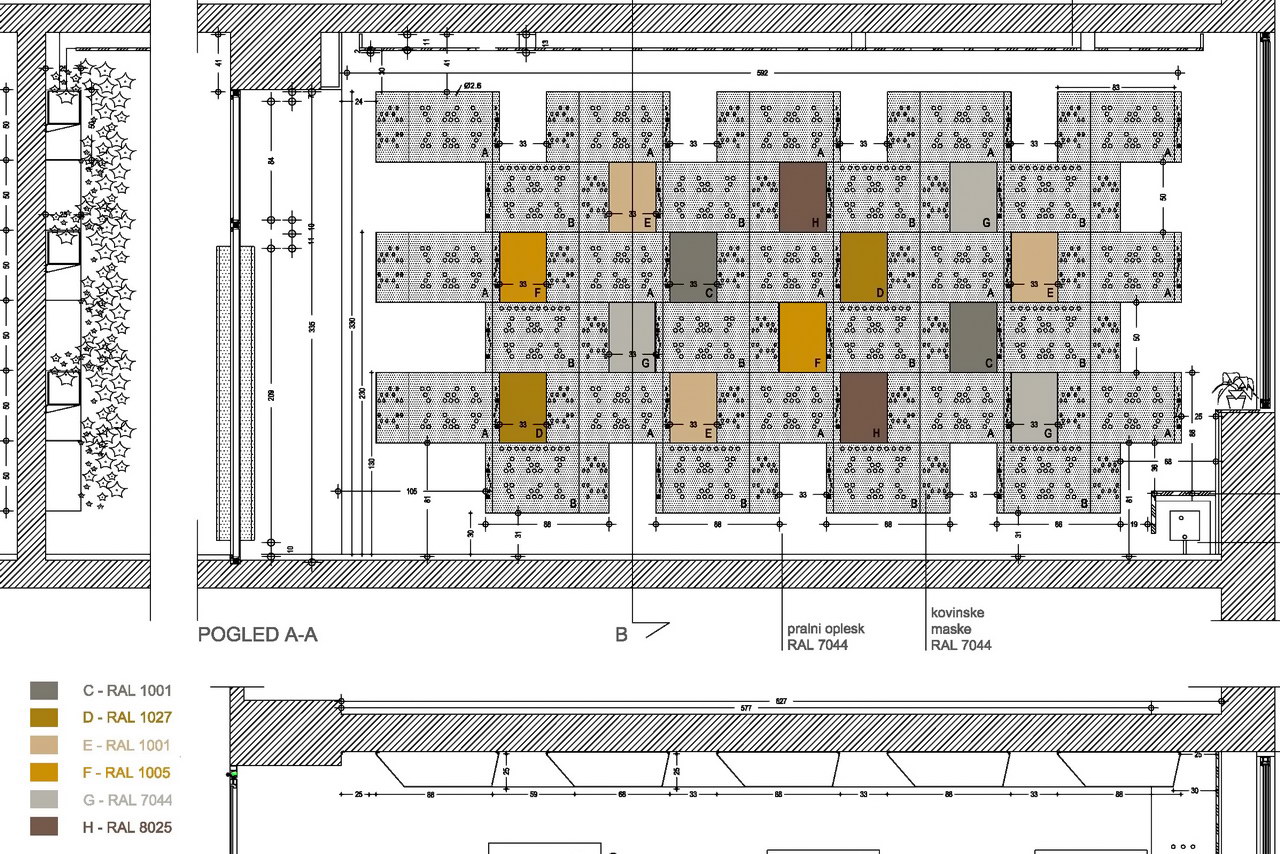 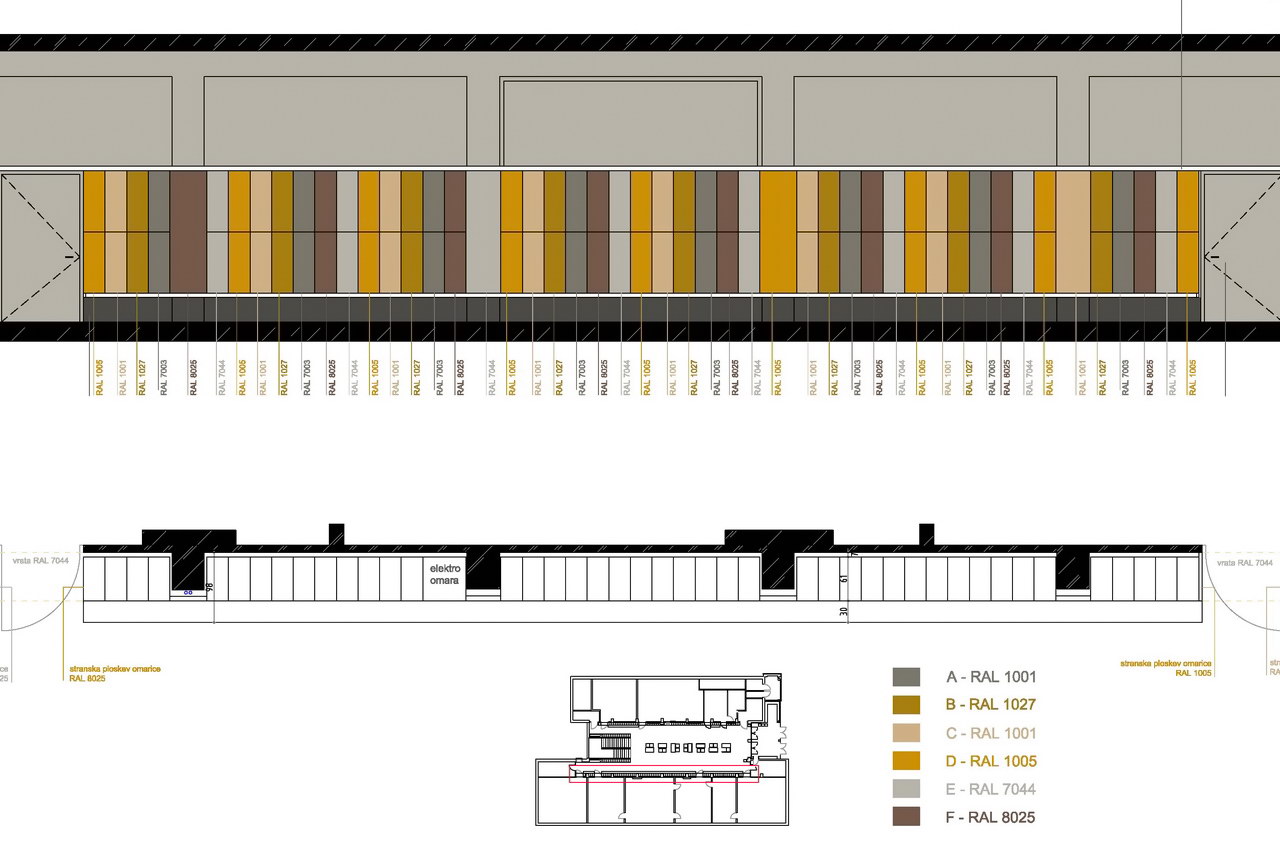